Beijing. Shanghai. Hong Kong. These are the cities that come to mind when many people think of China or envision a trip to the world’s most populated country. We did too, which is why we spent a week exploring Beijing. But did you know that almost half of China’s 1.4 billion people live in rural parts of the country where mountains outnumber skyscrapers and rice paddy fields stretch as far as the eye can see? We spent one month exploring rural China, what we are calling and consider to be “real China,” and encourage you to do the same if you’re planning a trip there in the future! We spent most of our time in Dali, with a weekend trip to Jianchuan, but the recap below can be applied to both cities. We also got to spend time with Karen’s sister and our brother-in-law, who met up with us at this point in our journey.

As we approach the halfway mark of our year abroad (side note: how is that even possible?!), there is one theme that pierces through all of our experiences thus far: expect the unexpected. I mean we’ve written a post specifically about just that here and have had some pretty unexpected moments, which we have written about here and here. Yet somehow, we continue to find ourselves being surprised! We encountered our fair share of unique surprises during a month in China’s southeastern Yunnan province. For one, we did not anticipate the beauty of this region with it’s pure air, beautiful lakes and 360-degree mountain views. Nor did we expect our bus driver to stop for a car wash mid route while we were locked inside, or for our cab to get a tire change on the way to the airport, while we sat inside the car (you can’t make this stuff up). But unexpected events lead to funny memories, interesting stories, and darn good video footage! So, let’s get down to business:

Though we both got food poisoning twice while in Yunnan (with one of those times occurring on our scheduled departure date), we did manage to try a lot of new things while learning about the traditional cuisine. 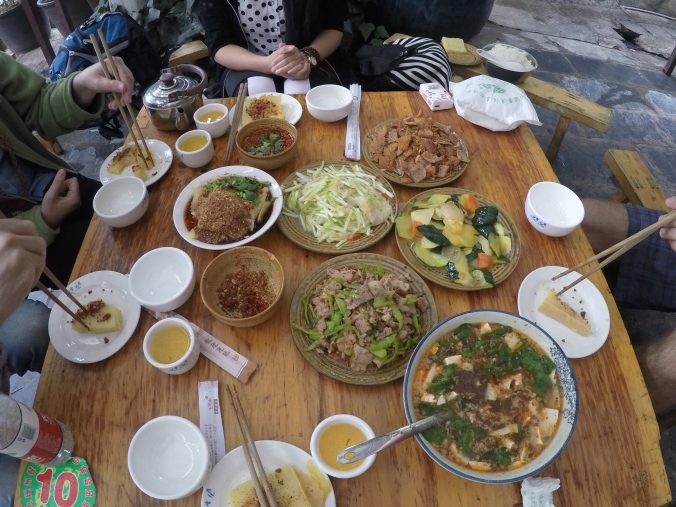 We experienced our fair share of Chinese culture during our time in Yunnan and want to touch on a few noteworthy examples: 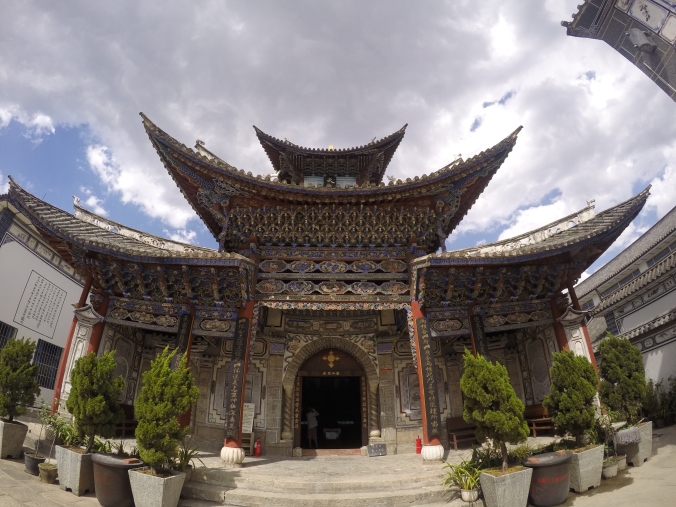 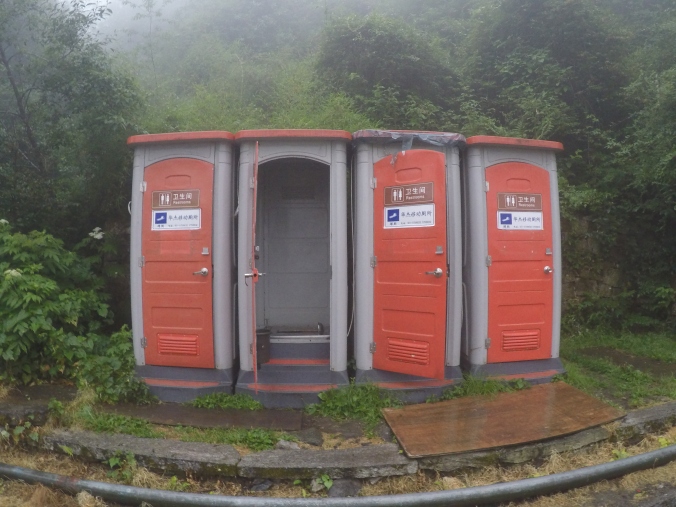 They even have porta squatties!

China is different than the States in a number of ways, but the most amusing difference to us is definitely the variations in social norms. 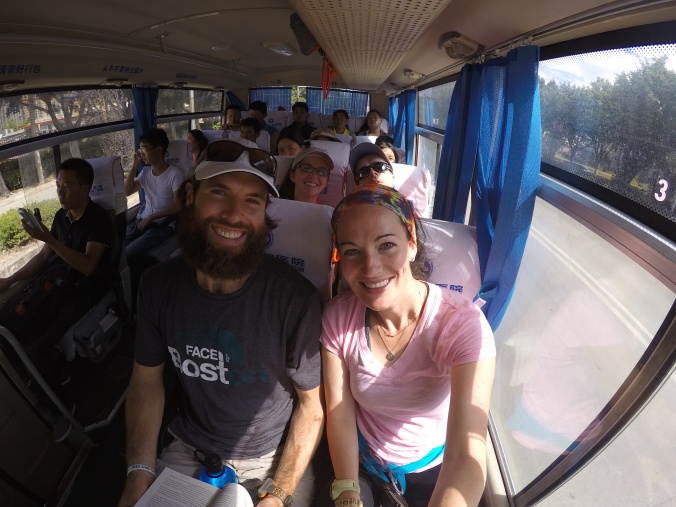 China was certainly one of those places where the lifestyle differences are palpable. You recognize just how far away from home you are, and you really get a chance to appreciate what life is like across the world! Check out our latest YouTube video below for a feel of what life is like in the Yunnan province, and be sure to follow us on instagram @kimblesinbits for daily updates!

7 thoughts on “Real China: Our Review of the Yunnan Province”